Learn about the most unusual animals on the planet 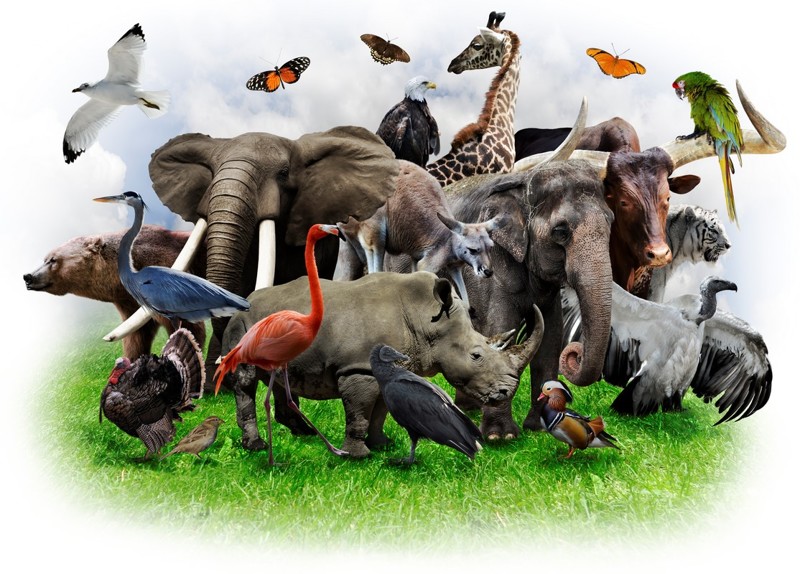 We know that you are very inquisitive schoolchildren who are interested in everything in the world. You probably want to know:

In this article, we have collected 10 of the most unusual animals that are unlikely to be written about in biology textbooks.

This animal, about 16 cm long and weighing up to 280 g, lives in Madagascar and comes from the tenrec family, bristly hedgehogs. In appearance, it simultaneously resembles a shrew and an otter with yellow hedgehog spines. Defending himself from enemies, he can shoot them.

Lives in a mink in groups of up to 18 individuals, and sometimes can hibernate. It feeds mainly on earthworms.

This Argentine animal is the rarest in its family. Its length is only 12 cm. It lives mainly in arid meadows and sandstones. In case of danger, it can dig into the ground in just a few seconds. It feeds mainly on ants but loves snails, worms, and insects. Lives in minks, moving underground with the help of strong front paws.

It would seem that what is unusual in a deer? But just look at him. Its height is only 50-70 cm, and the body length is up to 160 cm. On the head, there is a crest of about 17 cm. And the males even have big fangs, like those of a tiger. It lives in Southeast Asia and feeds on foliage, grass, and fruits. In case of danger, relatives are notified with a raised whitetail.

This cute monkey is famous for its white whiskers and lives in the Amazon forests in Brazil. Its size is about 25 cm, and the tail is 35 cm. It weighs no more than 500 g and eats fruits.

Tamarins live in communities of 8-15 individuals with an unusual hierarchy. The main female is the eldest, followed by other females. Males are engaged in children and food production.

Or Pika was discovered in 1983 in China and was not registered until 2014. There are only 1000 of them left, which are threatened with extinction. The length of the animal is only 20 cm, and the weight is up to 250 g.

They live in small groups and feed on grass, harvesting it for the winter. They tear it off and dry it in the sun, they can even attach it with pebbles so that it does not scatter. And then they take the hay to the mink for storage. There are also unscrupulous pikes who steal hay from others.

This herbivore is similar to a pig with a trunk. The tapir is about 2 meters in size, up to 1 meter high, and weighs up to 300 kg. In total, 4 types of tapirs are distinguished; they live in South America and East Asia.

Tapirs are very fond of water and always stay near water bodies. They feed on fruits, berries, and vegetation. They lead an almost nocturnal lifestyle.

The main enemy of these animals is man. Because of him, tapirs are on the verge of extinction and are listed in the Red Book.

For the first time, this unusual creature was seen in 1888. Today, the gecko lives in the Madagascar forests, but it is impossible to notice it there because of the unusual shape of the body. Because of his red eyes, he is sometimes called satanic.

The size of an adult is up to 14 cm, the color may vary, and the tail resembles a fallen leaf. They have excellent eyesight, allowing them to see 350 times better than humans in the dark. Vision is necessary for a gecko to hunt insects at night.

Unfortunately, it is also under the threat of extinction. And the reason for this is the man.

This animal lives in North America and is somewhat similar to our mole. That’s just on the muzzle he has 22 leathery growths in the form of a star. This star helps him dig tunnels underground and quickly check the edibility of objects he meets on the way. And he eats worms and loves mollusks and larvae. The star-bearer has 44 sharp teeth.

He is afraid of owls and other birds of prey, but most of all – a man, because of which the animal may be threatened with extinction.

It lives in the shallow waters of Australia and is a relative of the seahorse, growing up to 45 cm. The color depends on food, stress, the environment, etc. The sea dragon is completely toothless, but this does not prevent him from feasting on small shrimp and fish.

Males are very good dads and carry fertilized eggs under their tails for 8 weeks.

Mixins live in the waters of the ocean and are very dependent on their salinity. After all, if the salinity is 29%, then they cannot eat, and at 25% and below they die. The body length of these animals is up to 80 cm. They have an open circulatory system: one main heart and three additional ones. Due to the primitive structure of the eyes, they see poorly and are nocturnal.

The need for digital literacy in education and life