What Is the Difference Between LCD and LED Displays? 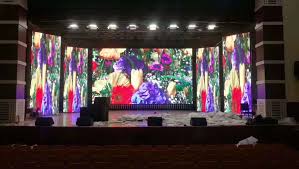 LED and LCD displays are frequently used interchangeably in the industry. A simple Google search yields results that are incongruent between LCDs and LEDs, for example. In order to assist you with digital signage, we’ll look at the fundamental differences between the two display systems in this article LCD displays.

What exactly do the terms LED and LCD mean?

The terms LED and LCD refer to light-emitting diodes and liquid crystal displays, respectively. Their mechanics are distinct, notably in terms of the light source used in each.

A light-emitting diode (LED) is an electrical component that, like a light bulb, emits light when electricity runs through it. You’ve most likely seen them in modern Christmas light strands, night lights, flashlights, and lightbulbs, to name a few examples.

Individual pixel elements in LED displays are created by arranging a matrix of red, blue, and green LEDs. These light-emitting diodes (LEDs) produce light that is directed directly at the observer. These are referred to as “Direct View LEDs” because there is no LCD overlay on them. LED displays are a newer type of display that uses millions of miniature LEDs to produce an image with significantly greater resolution. However, they are still prohibitively expensive for many applications. LED displays provide exceptional brightness and visibility both indoors and outdoors, but they can be challenging to install due to their weight, bulk, and bulkiness. The fact that the light diodes on which they rely consume so little electricity means that they save money in the long term. While LEDs are capable of retaining their images for longer periods of time, they are prone to “screen burn.”

LEDs are occasionally used to provide a backlight panel for an LCD display, which is a common use. LED-backlit LCDs are sometimes referred to as “LED displays,” but this is not the case with them. LED screens are devoid of an LCD overlay.

LCDs are referred to as “non-emissive displays,” which means that they do not emit any light. Liquid crystals require an additional source of light in order for the spectator to see colours and images. Make a flashlight out of coloured paper and see how the white light is filtered through the device. Despite the fact that the paper is coloured, it does not emit light. LCDs also require external light sources, which can be in the form of a backlight, a reflecting layer, a front light, or a mix of these. A picture is created by using the display’s polarizers and liquid crystal layers, which work together as light shutters, guiding light from the back layer through the display’s coloured pixels and into the picture frame. LCD Illumination with Transmissive, Transflective, and Reflective Modes

There are three different ways that LCD displays can be illuminated:

Transflective LCD panels, which use a backlight and reflecting coatings to make the display visible in both bright and dark environments, are becoming increasingly popular. Because of the complexity of these displays, they are less prevalent than transmissive displays.

There is no backlight on reflective LCD displays. On the contrary, the liquid crystal layer is mirrored, reflecting back to the spectator any ambient light that has entered the display. The brightness of the display is dependent on the amount of ambient light present. A front light can be installed to make the reflective LCD visible at night or in low light conditions. Reflective LCDs are small, light, and cost-effective due to the fact that they do not have a backlight.

Which of the following is your best option?

The variables listed above have been simplified in the table below. These considerations must be taken into consideration in order to obtain the finest long-term solution for your firm.

Reflective LCD technology is an excellent choice for outdoor displays. It provides excellent sunlight visibility while maintaining a cheap operating cost. Reflective LCDs consume up to 95 percent less electricity than bright LCDs since they do not have a backlight to illuminate them. If you compare this to other display technologies, you will see a reduction in your operational and energy costs. Because they do not have a backlight, reflective LCDs emit less blue light (which is known to disrupt the body’s circadian rhythm) and last longer than other display technologies. It’s a win-win situation: you save money while getting improved overall picture quality. Sun Vision Display now offers 32-inch reflective LCD panels for outdoor use, with 43-inch and 55-inch models on the way.

Sun Vision Display can provide you with information on outdoor display options as well as the differences between LCD and LED technology.