Get to Know About The Different Types of Touch Panels 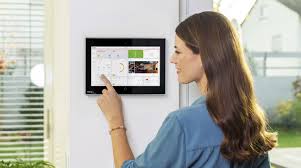 When it comes to mobile electronics, touch screens are the defining feature of smartphones and tablets. But today’s touch panels come in several different shapes and sizes. Each of these come with its own pros and cons. So, deciding which one you need can be difficult. From the oldest to the newest, here are some common types of touch panels you’ll find on the market today.

What is a touch panel?

The touch panel is a type of display technology that allows users to interact with electronic devices in different ways. These touch panels can be found on smartphones, ATMs, photocopiers and much more. Since there are so many touch panels out there, knowing about their specific features is important for product design and for knowing which one would best suit your project. There are a variety of types available to fit almost any need. Some common examples include resistive touch screens, surface acoustic wave (SAW) panels and capacitive sensing-technology displays.

Capacitive touchscreens are very common on many devices. They are formed from one or more layers that have electrically charged areas. When your finger or a stylus is placed over these areas, an electrical field forms and tells your device that you’re touching it. Capacitive touchscreens can work in both dry and wet conditions. But, dust or water droplets can interfere with their operation if they aren’t covered by a protective layer. These screens also tend to be less responsive to being touched near their edges and corners, because there’s usually no metal around those areas. These factors result in a non-uniform response across touchscreen areas which makes tracking your finger movement trickier when using them for activities like gaming.

This is a typical type of touch panel you find on retail store checkout counters. These have a static layer that covers an LCD screen and when a user makes contact with it, they can interact with whatever image or content is being displayed on screen. These are becoming less popular as resistive touch panels are replaced by capacitive touch panels. Resistive touch panels aren’t as sensitive as capacitive ones and don’t offer multi-touch interaction. The technology allows for only single-touch interaction. In other words, one finger is all it takes to make contact with these screens to interact with them.. Their limitations make them not ideal for kiosks in public places where multiple people may need to use them at once.

Also known as SAW touch technology, projected capacitive panels are relatively cheap, which is why they’re often used in public spaces like airports or train stations. Like capacitive panels, projected capacitive touch screens work by using a layer of sensor-filled glass or plastic overlaid with a conductive film. When you press your finger on the screen, it bends down slightly and disrupts any electrical field that would normally exist. This triggers an input signal at that specific point on the screen. If a panel has multiple layers, each with its own set of inputs to read—as most do—the system can figure out where your finger is based on which sensor signals were disrupted and generate an accurate response.

How to choose touch panel

When choosing a touch panel you must consider what exactly your application requires. There are a number of different panels available to suit various applications and environments. The first thing you will need to decide is whether or not it’s necessary for you to use multi-touch technology in your application. In order to answer that question, think about how many fingers might be used at once. And, if it makes sense for them all to be touching (or close) at once. Then ask yourself if each finger would have its own coordinates or if multiple fingers would map directly onto one another; each approach has its own benefits. Once you’ve answered those questions, then you can start looking at specific models that will work for your application.